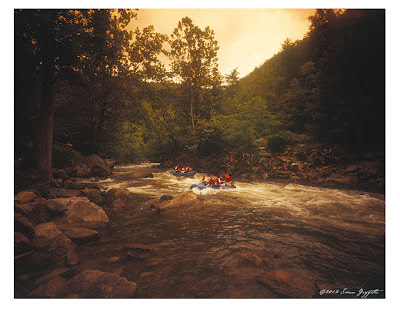 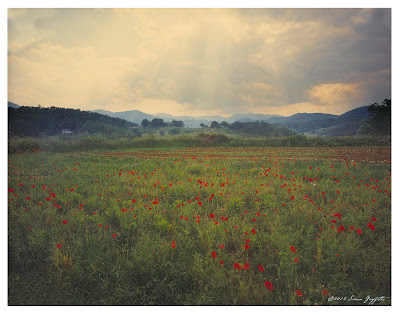 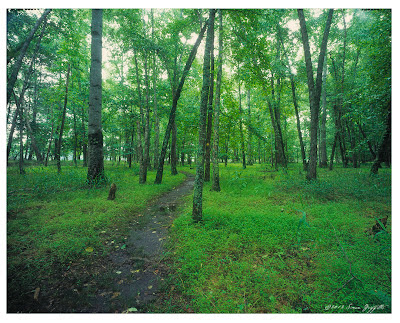 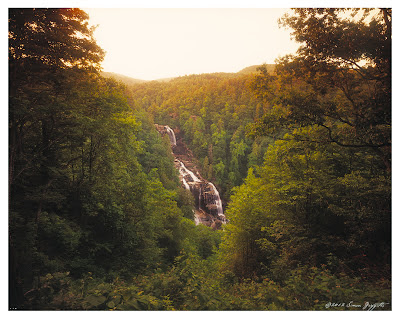 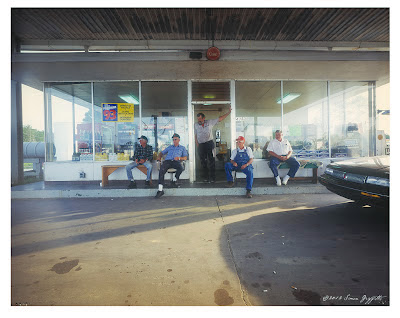 Back in the early 90's, I almost always kept a 4x5 camera in the car whenever I traveled.  I can't tell you how many times I hiked it over trails to catch the light over a scene at dusk, or in the early morning.  It wasn't a fancy Zone V field camera either...it was a an old Cambo studio camera with one very heavy Gitzo tripod. Every once in a while...like today...I run across some transparencies or negatives that I never got around to scanning until now.  Spent the better part of the afternoon scanning these images taken during the production of the North Carolina 4th Grade textbook.  Obviously, the Nantahala River is at the top followed by several scenes unidentified by location with the exception of the Whitewater Falls in the southwestern part of the state.   My favorite is actually the guys sitting around at the gas station...cigarette butts everywhere, but not paying much attention to some young guy setting up a huge camera in front of them.  That's one I think I'm going to have to print really big!

Our character is defined by how we live our life. 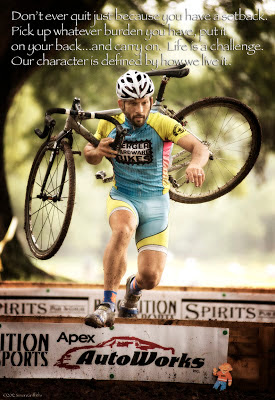 There is much talk that this country is becoming more and more polarized...I think it may have a lot to do with Facebook and it's ability to rant and rave without impunity.   Here I see more and more rhetoric hurled at both sides with little respect for opposing opinion and plenty of posting, reposting of ridiculous, insulting, and negative rants.  I have no desire to enter into political discussions with friends on Facebook where supposed facts and insults are tossed around like hot potatoes.  The world will not end if Obama is elected, nor will the world end if Romney is elected.  In fact no matter who is elected, next week will be better, because all this rhetoric will hopefully abate.

We tend to surround ourselves with friends with like minds and political persuasions, yet can't seem to enter into reasonable debate without throwing insults around.  About 10 years ago I participated in an online debate that evolved into a political discussion.  It dissolved into my friend throwing extreme insults my way that completely not only ended our discussion, but ended our friendship.  That's why I don't enter into online debates anymore and rarely into political discussions.  I completely respect one's right to further their own political cause, but not at the expense or disrespect of other individuals.
The minute insults are thrown, then all credibility to their cause is lost.

Part of the problem is that we just don't listen to each other.  We listen to sound bites provided by media  sympathetic to our own agenda.  As a result, we tend not to listen to what is really being said.  We are shocked and outraged at what we perceive as the complete ignorance of the other side.  The internet is an amazing thing, but instead of allowing us to educate ourselves beyond our own belief system, we have moved home to work and only visit sites that support our own belief system.  We are actually becoming more and more isolated individually and more polarized as a result.

I will make my choice hoping my candidate can accomplish something positive but I will deal with whatever the majority chooses.  I'm sure there will be negative consequences no matter who is elected, but also positive consequences no matter who is elected.  One issue should not elect a President, nor defeat one.  My vote counts, but if my vote goes to a losing candidate, I'll move on and live my life the best way I know how.  Being a positive person helps a lot.  Negativity has no room in my life or on my facebook page.  I encourage all of you to look at this election in a positive way and no matter who wins (or loses), not project your negativity my way or to anyone else for that matter.  Have a great week.

And... I used this photograph because Todd inspired me that day.  After falling towards the beginning of a Cyclocross race, his bike was unridable.  Rules state you can't change your bike until the pitstop so Todd threw his bike on his shoulder and proceeded to run in cleats 1/2 mile at least to the pitstop assuring that he would probably finish last in the race.  However, instead of quitting, Todd finished despite the setback.  No matter what setback you and your party think you have tomorrow...life will go on.