My first attempt at painting! 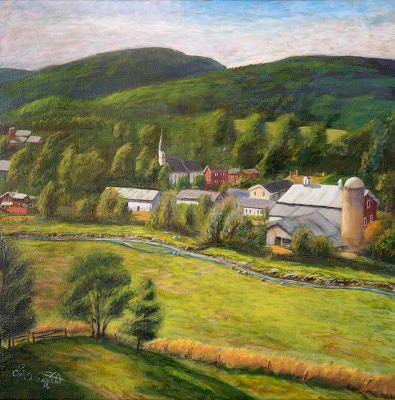 It's always good to try new things, so back in January of this year, my 84 year old father and I took a painting class together at the local adult center. It's offered free through parks and recreation in Raleigh and taught by a wonderful 88 year old Hungarian by the name of John.  A wonderful teacher although somewhat crotchety, but a great sense of humor.  I've decided that we aren't really taking a painting class, but rather we are just his apprentice's.  You do what he says.  "You use one brush for Pete's sake!"
I've always been fairly competent with a pencil and paper and even had a painting class about 20 years ago at Meredith College.  It was awful and I don't think I learned that much...perhaps then I was too impatient.  John doesn't allow that.  You work on it until it's done...and he made me work on it over and over again until I started seeing how to mix paint and apply it properly.  I've always been able to differentiate light and shadow (obviously as a photographer), so the trick was learning the application and technique of brush to canvas.  I think I worked a total of 150 hours from January 28th until I put the final coat of varnish on last week.  Proud of the effort and have started on my second already.  To give credit where credit is due, John has us copy another work of art by a master painter.  Mine is a loosely referenced rendition of a painting of Cambridge, Vermont by T.M. Nicolas.
Posted by Unknown at 8:19 PM No comments: 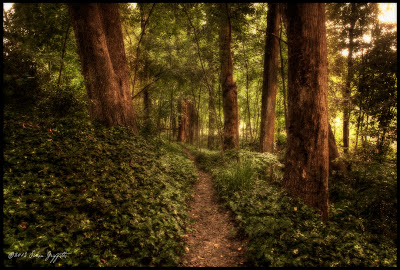 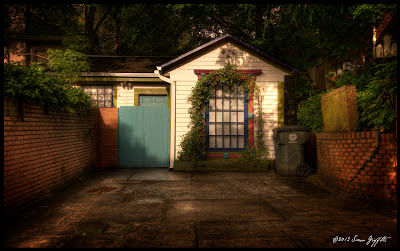 I had an hour after dropping my daughter off at the library for her tutoring session.  After spending an hour with CNN and the terrible news of the Oklahoma City tornado, I felt like I needed a walk.  I should have had my dog, but took my camera instead.   Next to the library is the neighborhood where I started my business in 1985.   Cameron Park as it is called is one of Raleigh's gems.  With wonderful 100 year old homes, back ally's, and parks that meander through the neighborhood, there is always something wonderful to look at.  From the back alley's you can peer into exotic and traditional gardens, and then find yourself wandering down a wooded path next to a creek.
Posted by Unknown at 8:06 PM No comments:

Working for a living. (con.) 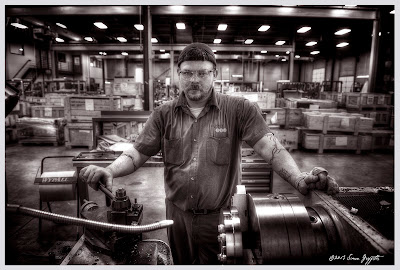 Brandon definitely had the toughest looking job at our shoot today.  Working the lathe was hot work and at the end of the day, it showed on Brandon.  I shot a more commercially viable shot prior to this, but this definitely qualifies for the "Working for a Living" portfolio.
Posted by Unknown at 7:49 PM No comments:

Great night at the Stables. 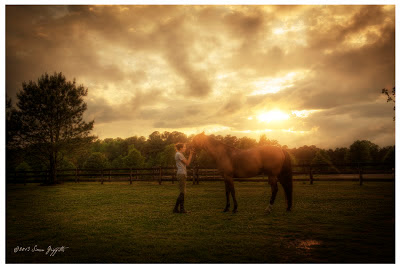 My daughter Gillian rides every week out at MacNairs stables in Raleigh.  Last night I decided to stick around and take advantage of the nice light to take a few pictures.  I usually ride my bike while she is riding the horses, but the sky provided too much of an opportunity. 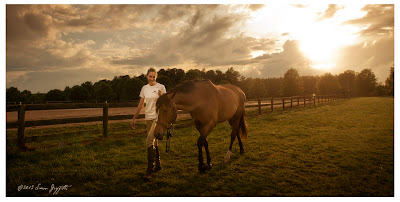 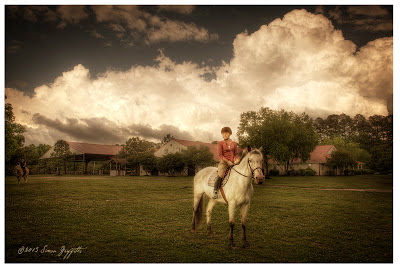 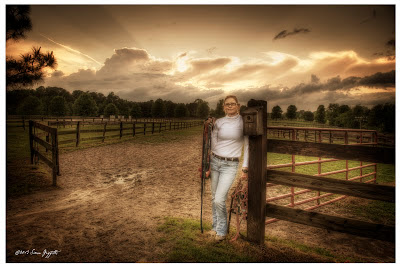 Posted by Unknown at 5:13 AM No comments: