I started my business officially on January 1st, 1986.  I had just graduated from NC State in May of 85, and spent the summer working as a surveyor and then back to shooting sports from various editorial and University clients.  I had been working for Associated Press and UPI during college and was often sent out to cover various events.   In 1983, Ronald Reagan signed into law the official Martin Luther King Jr. holiday to take place on the third Monday in January...the closest to his actual birthday of January 15th.   He would be 84 years old today.   These photographs represent Raleigh's celebration and march to commemorate the very first MLKJr. holiday on January 20th, 1986.

27 years has gone by very quickly.  Raleigh has changed dramatically since that time.  I would like to think that much of the negative culture of that time has vanished.  I can't say completely, but we have an African American President in the White House today.  Regardless of your politics, this is something that was probably unthinkable in 1986.   I was photographing KKK rallies on occasion in downtown Raleigh during that era as well.  I don't think I will ever want to pull those images out and post them.  Although this wasn't my first assignment working as Simon Griffiths Photography, it was certainly one of the first.  I often wonder what happened to the people.   The little boy is now in his 30's.  Who did he become?  Maybe he is on his way to becoming President one day.  Maybe, he's a photographer. 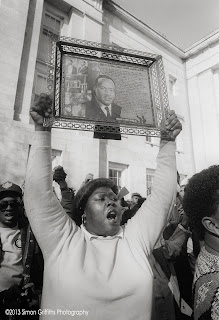 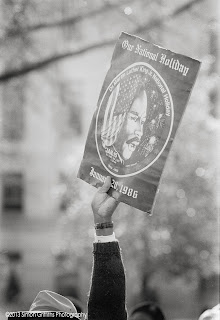 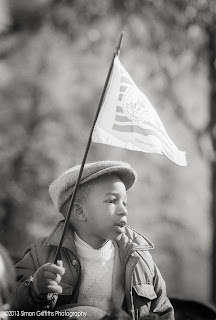 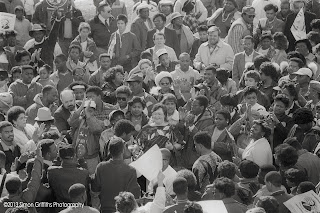 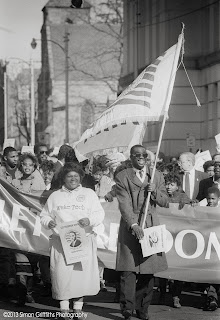 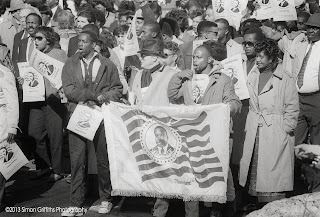 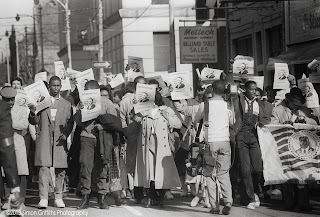 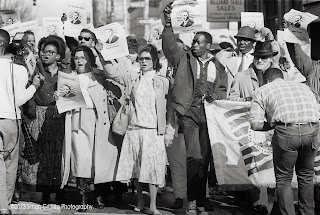 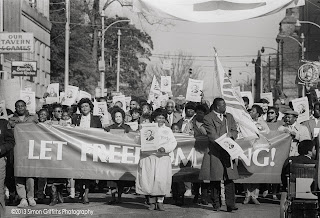 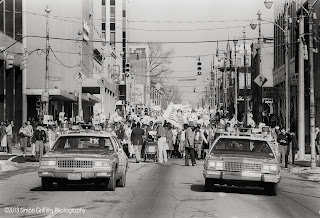 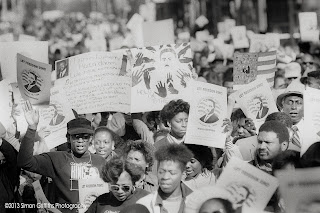 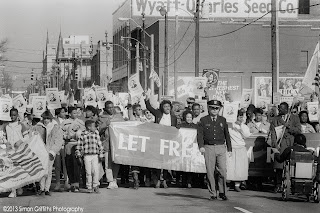 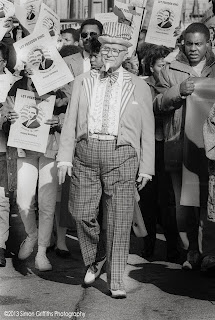 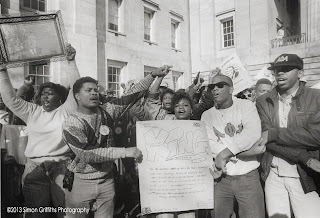 Posted by Unknown at 3:26 PM No comments: