Compilation of 15 years... and then some.

A compilation of photography by Simon Griffiths over a period of 15 years to the present. 124 pages of beautiful photography highlighting both commercial and personal projects from the portfolio. Includes portraits of famous North Carolinians, The Preemie Project, Photographs of Myanmar(Burma), and the greeting cards that together have sold over a million copies. 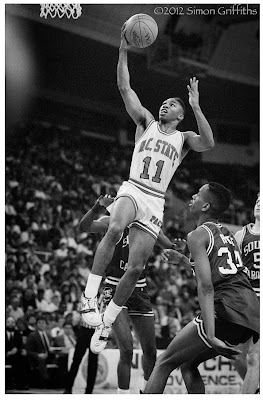 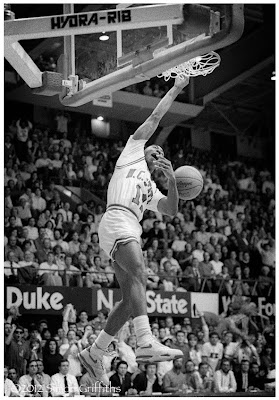 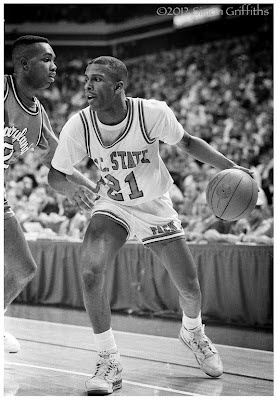 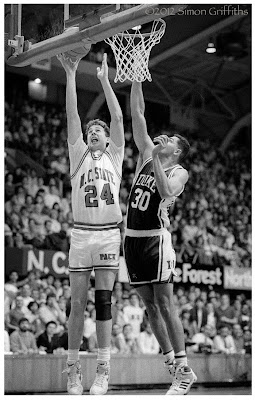 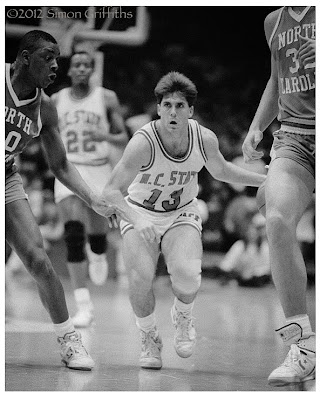 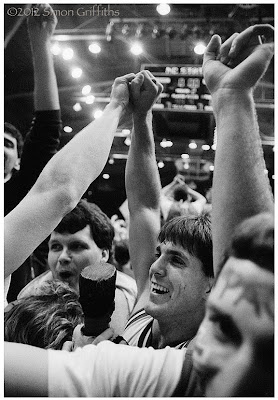 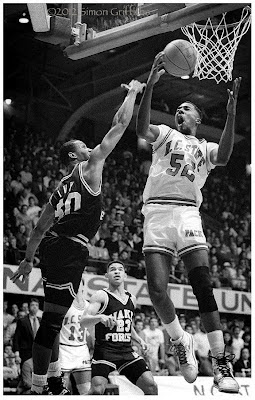 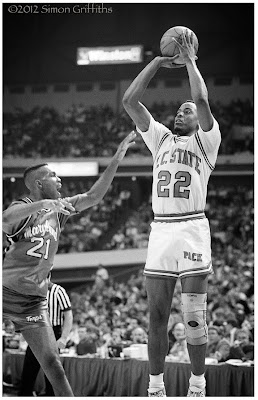 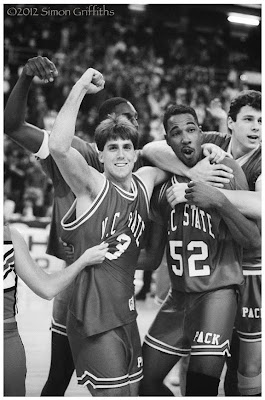 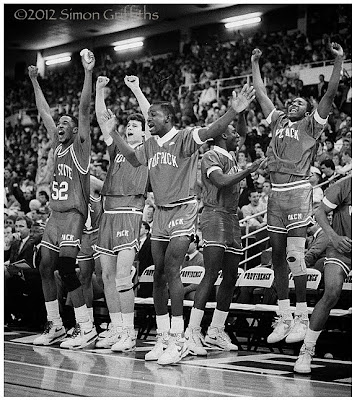 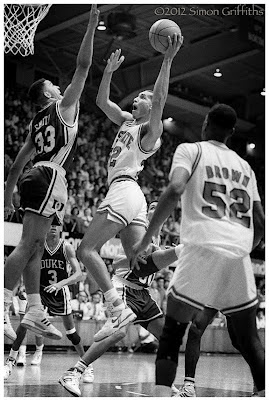 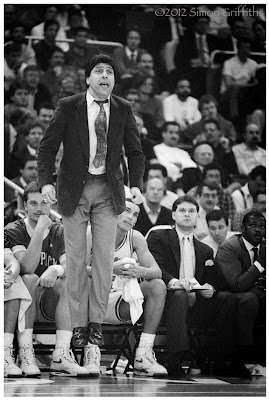 When I heard that NC State was going to honor the 1988-89 basketball team at the UNC game Tuesday night, I decided to pull out the binder full of images from that season. I recently moved all my negatives and files closer to home such that I could pull photographs more easily. At 11pm, I realized that there were just too many images that I could scan from that season. Looking through the images I saw a lot of bench participation, something that seems to be lacking this year. I also looked for some image of Corchiani or Gugliotta having words with a referee, but I didn't find that either. After an hour of culling and scanning, I was sleepy and done. All the images shown are from the 88-89 season and feature the key players. I hope only that this year's home game against UNC will be exciting, closely matched, and perhaps State will be the better team for once. 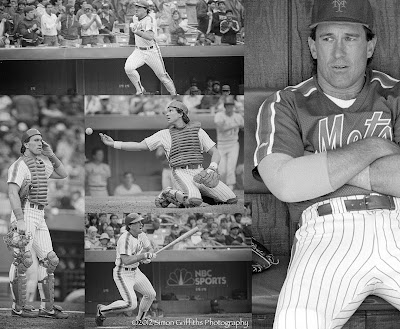 Over the last few weeks, I have been moving my extensive files to a more accessible location. Back in 1987 and 88 I was a frequent visitor to Shea stadium, obviously home of the NY Mets. Fortunately, I have kept fairly accurate data as to where to find certain photographs, so when I heard the news of Gary Carters death due to brain cancer, I went looking this morning and found these few gems from 1988. It's difficult to see such an great athlete die so young. In doing my followup series I am sometimes amazed at the change over the years. In my mind, the individuals are frozen in time both in my head and on film...so it's an eye opener to see such change. When I scan some of these images though, many of them bring me right back to exactly what I was doing when I shot the picture. I may not be great with names, but I'll always remember an image I took. Well....most of the time. :)
Posted by Unknown at 7:57 AM No comments: 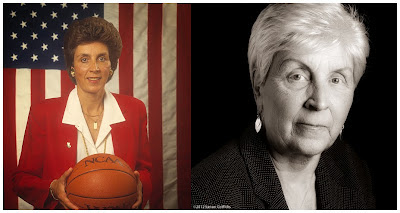 Today at 5pm, the 7th annual Hoops 4 Hope basketball game will take place at Reynolds Coliseum in Raleigh. The legendary coach of NC State's women's basketball program for 34 years passed away in 2009 after a long battle with breast cancer. I had the privilege of knowing Kay and photographing her at some significant moments in her life. The photograph on the left was shot around 1987, only two weeks after Kay had radical surgery...her first battle with the disease. The photograph on the right was taken in 2008, one of her last portraits to be made.
My own mother had a radical mastectomy in 1975. At 83 years old, she is still here and although dealing with the ravages of getting older...she is still independant and in better shape than many her age. One can beat this disease and live a full life. It's important that those attending the game tonight remember that. Hope lives.
Posted by Unknown at 11:08 AM No comments: