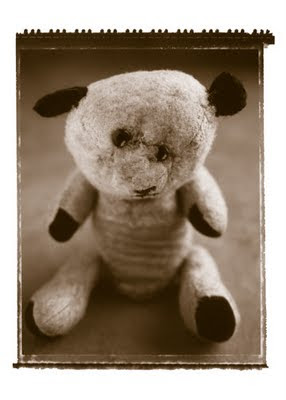 While trying to come up with another Christmas card for this year, I decided to take a look back at some of the cards we've come up with over the last few years.  Prior to 1998, we didn't have scans of the work, so we've started this listing in 1998.

"for some children a present of a used Teddy bear is the best present they have ever had...
think about it."

I pulled out a 37 year old teddy that my father made for me back in England.  I loved using polaroid. 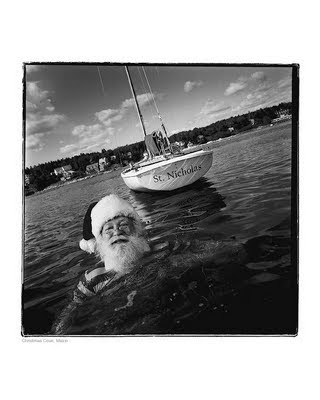 1998 Card:
"Having hobnobbed with St. Nicholas in Christmas Cove, Maine this past summer, we thought it was our obligation to inform you that Santa plans on staying in warmer climates this winter in order to avoid problems associated with the Y2K computer bug.
Should you experience delivery problems, please contact Willam Gates, c/o Microsoft....
otherwise Happy Holidays!"

This was a fun card to produce.  We actually did go to Christmas Cove that summer and many of the little boats in the harbor were named after Santa.  Santa was photographed in the Pullen Pool in Raleigh.
This was also the year we announced that we were having a baby by putting a sonogram on the back. 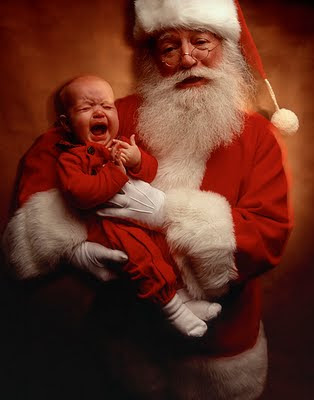 2000 Card:
"Suddenly, Miss Gillian realizes that her meeting with a man in a RED HAT does not include stock options.


May these Holidays exceed your expectations!"

We brought back Santa from Maine and brought him into the studio to play with Gillian, but her demeanor didn't lend itself well to what we expected, however it is one of my favorite cards.   It also perhaps foreshadowed my interest in the stock market. 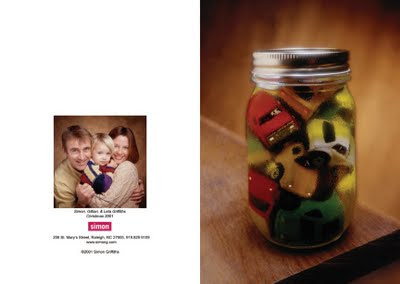 2001 Card:
"Don't get stuck in a traffic jam this Holiday season...
Get my present early."

Had great fun with this card and actually had a great poem that went along with it.  I'll have to pull out the poem. 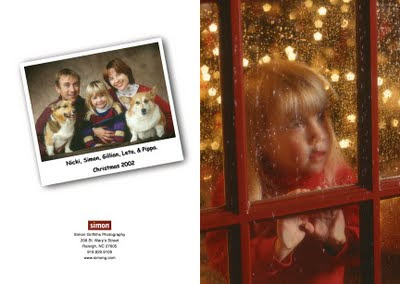 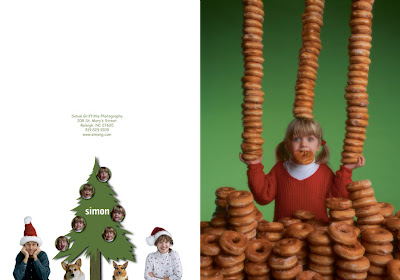 "Doughnut tell us it's the Holiday Season again...
Don't forget to give your loved ones a little sugar!"

This was when I should have realized that Krispie Kreme was in trouble, since we got 500 free doughnuts given to us from KK when they got their returns from the outlet stores.  They apparently were claiming the returns as income.  Gillian ate 10 that day. 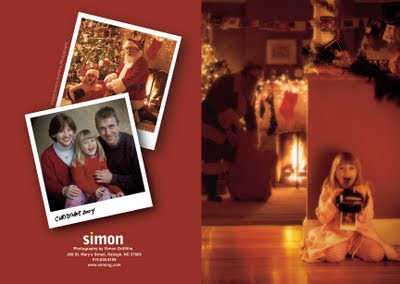 One of my all time favorite photographs.  Of course now most kids wouldn't know what a polaroid camera is these days.  It's a shame. 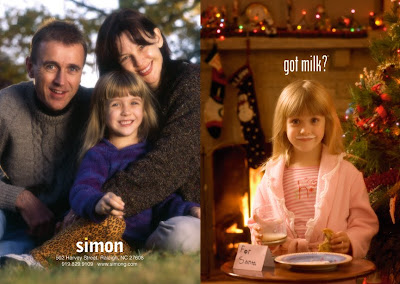 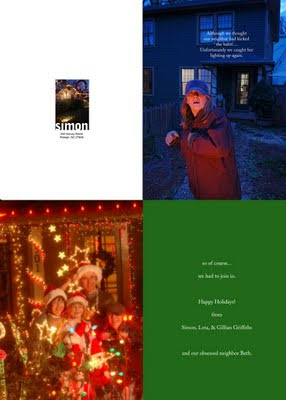 "Although we thought our neighbor had kicked the habit, unfortunately, we caught her lighting up again...

Our neighbor Beth and I had begun a competition to see how many lights we could put on our houses.  She was relentless in her pursuit of top house in the neighborhood and I was relieved that the pressure came off when they moved.  However, the neighborhood now has become a Christmas lights fantasy land in December. 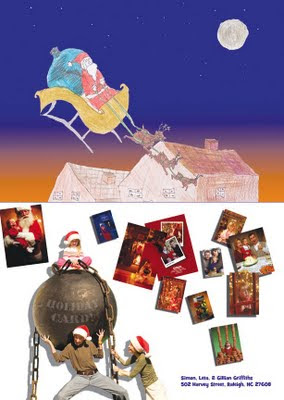 Trying to come up with a new card in 2007 was like a ball and chain hanging around my neck.  So that's what I photographed for the back of the card along with a recap of various cards I had done in the past, while Gillian contributed her first drawing for the front. 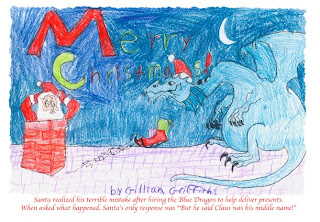 
"Santa realized his terrible mistake after hiring the Blue Dragon to help deliver presents.  When asked what happened, Santa's only response was "But he said Claus was his middle name!""

Gillian was into her dragon phase and came up with a drawing at the last minute that was too good not to put a fun caption with.


So this year we have to come up with something different...or maybe we can just recycle.  Merry Christmas.