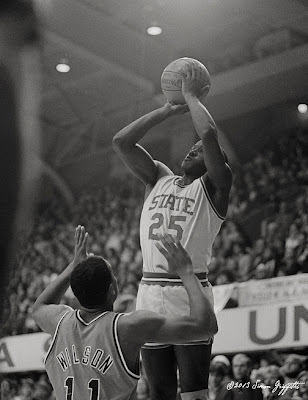 It was the home game at Virginia that Derick Whittenberg came down on Orthel Wilsons foot and broke his ankle.   It was a potentially season ending injury for the senior guard and a severe blow to a team that was showing potential to win an ACC championship.  In the photograph below Valvano helps Whittenberg from the floor along with head trainer Jim Rebock.  Whittenberg had to sit on the sidelines as State went to Carmichael only to see State lose to Michael Jordan and the Tar Heels.
Freshman Ernie Myers and Terry Gannon took a larger role however, and coming home to Reynolds Coliseum, pandemonium broke out as State beat UNC even without Whittenberg.  More to come. 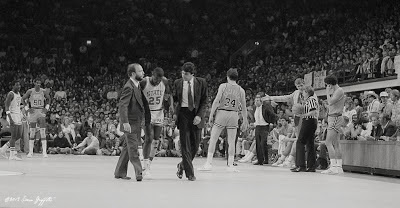 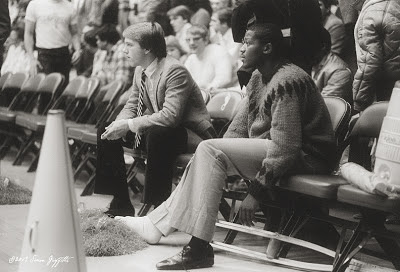 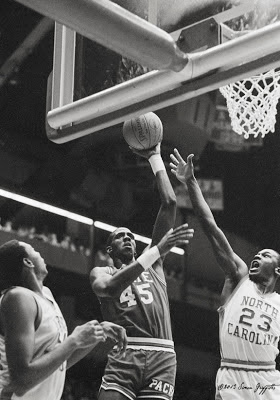 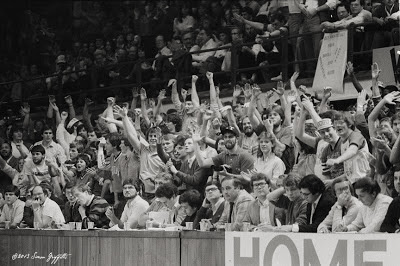 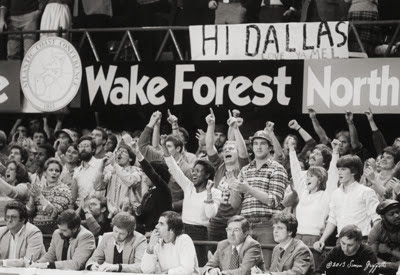 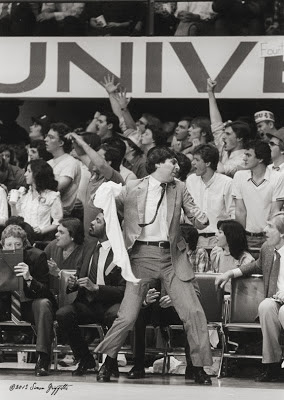 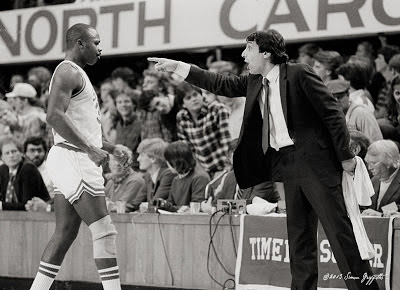 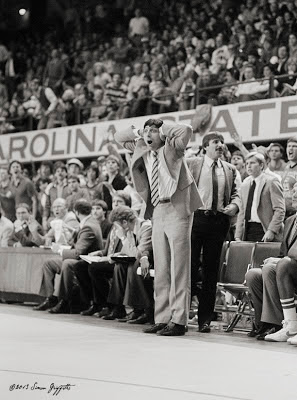 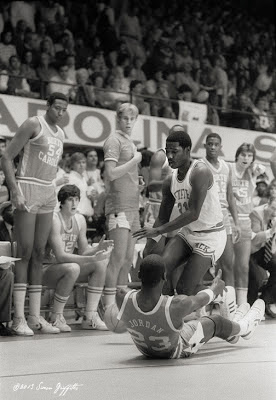