The Christmas Cards that didn't make it. 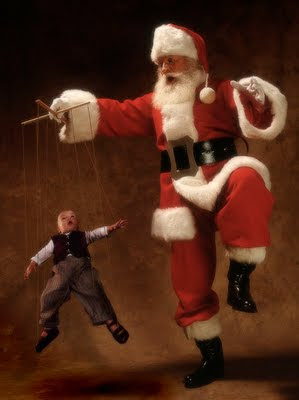 "Marionette Christmas to you!"
We shot this card in 2000 when we invited Santa in to pose with Gillian.  Getting Gillian to hang like this was really difficult.  She really resisted attaching the strings... especially gluing it to her head.  :) 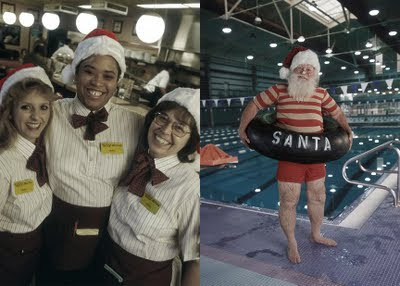 
I had the bright idea of getting Wafflehouse name tags done all with the name Carol, so we could have three waitresses at the restuarant  all be called Carol.  It was fun to do, but didn't quite make the cut.  Sent it out with a promotional card that included Santa at Pullen Pool. 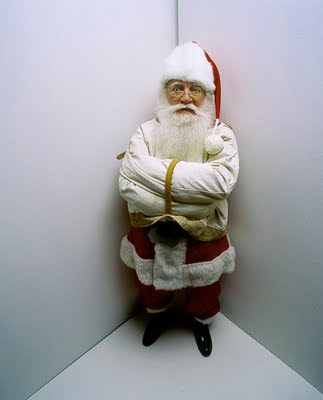 "Santa may not be visiting this year.  He's been confined to his room."

I never got far with this card, since everyone that saw it felt a little disturbed by the imagery.  It was a quick shot we did while we had Santa at the studio and he actually enjoyed playing the part.
Sadly this Santa's helper passed away around 2005.  He loved being Santa.